How to use Samsung T5 SSD with SolidPod

Can't find a place to buy mSATA drives? Samsung T5 Portable SSD is another option for you. It is much widely available across the world, and it works perfectly with SolidPod.

Inside Samsung T5 is a Samsung 860/850 EVO mSATA SSD drive with a USB reader. We need to teardown the T5 to get the mSATA SSD inside to use with SolidPod. Let's get started. 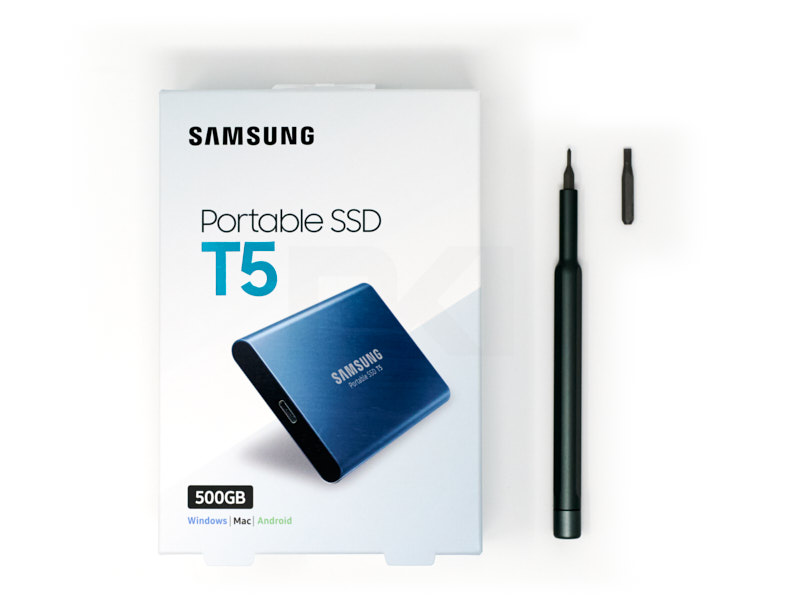 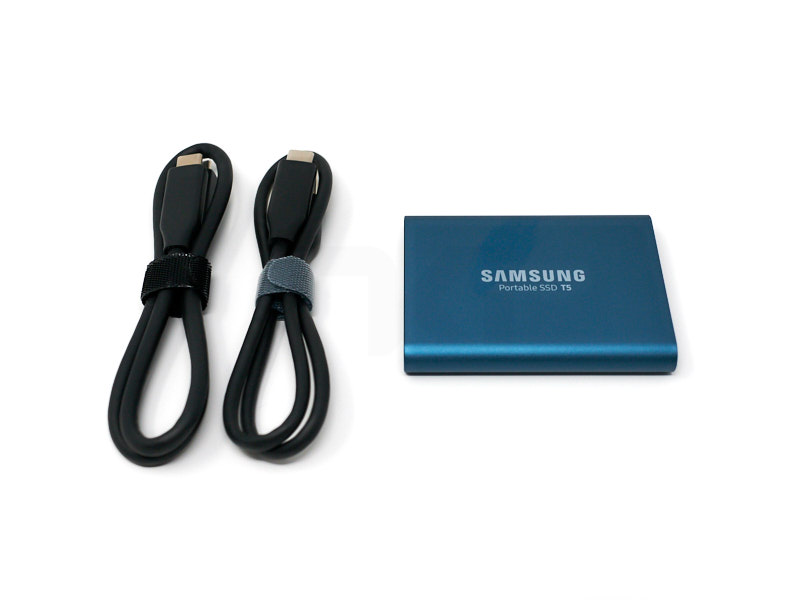 There is a black metal sticker on each side of the drive. Remove it carefully with a knife or any tool that works for you.

●   Remove the two screws on each side of the drive under the sticker. 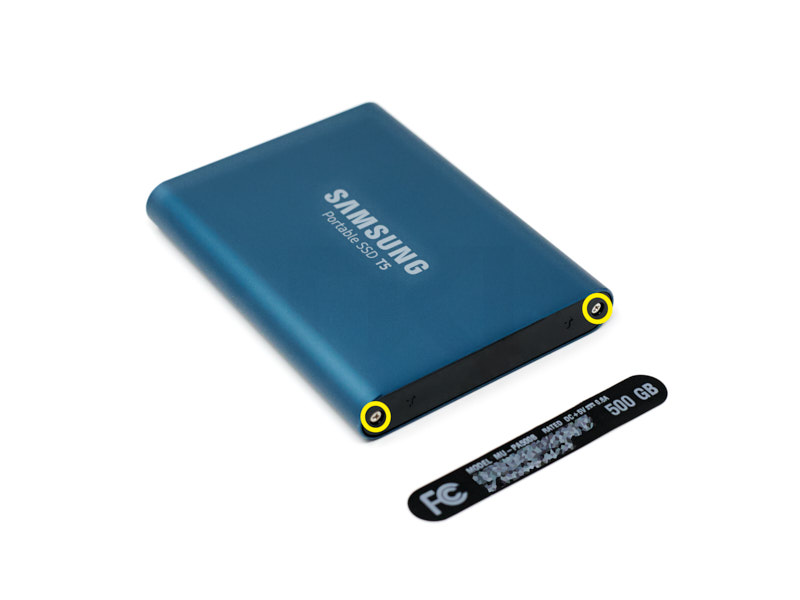 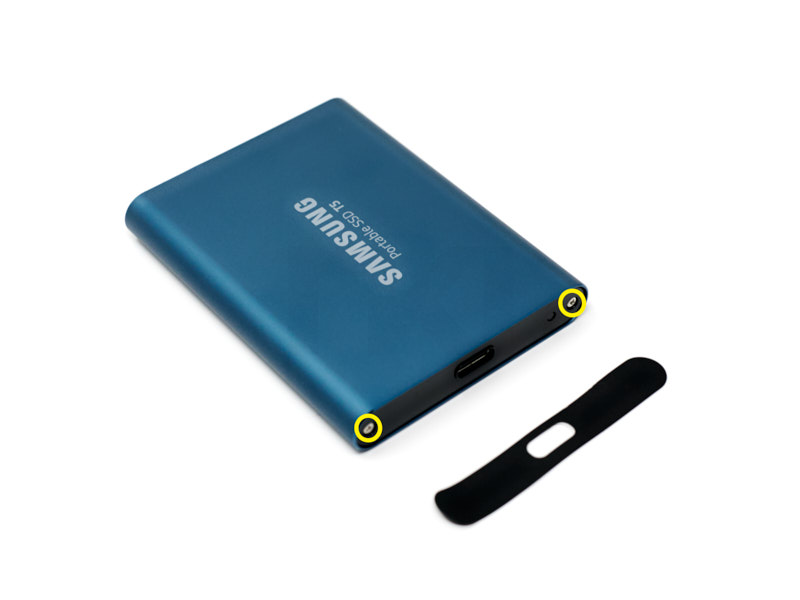 Pull the frame that holds the circuit board and SSD from the USB port side of the T5. 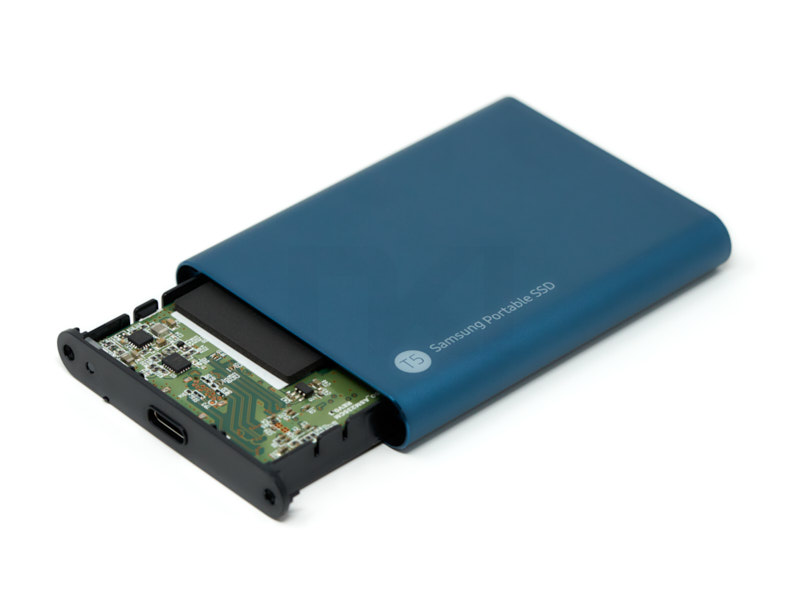 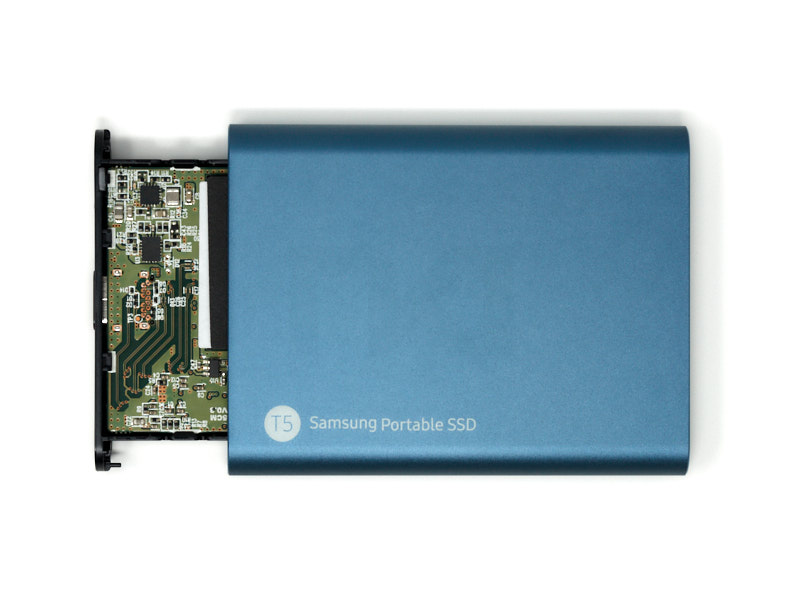 Remove the black foam pad on top of the mSATA SSD. 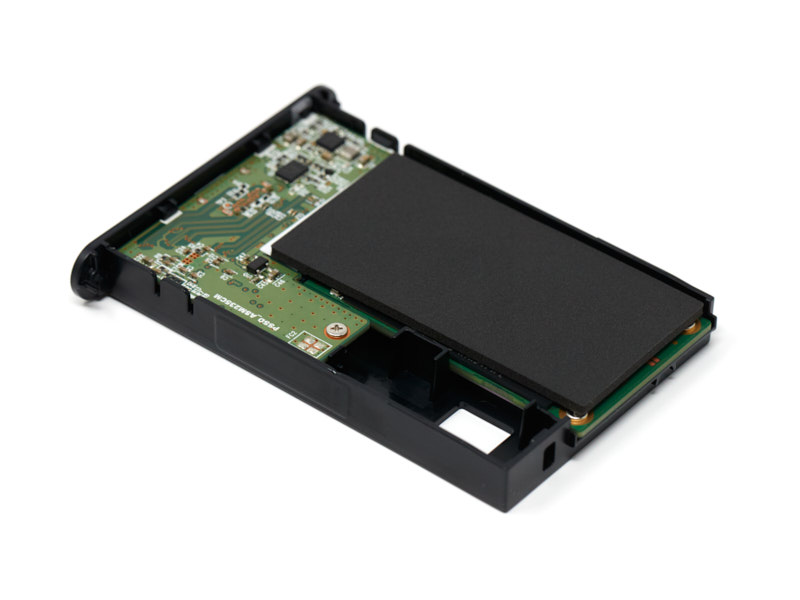 ●   Remove the two screws that hold the SSD.

●   Remove the one screw that holds the circuit board.

Remove the circuit board with the SSD from the plastic frame. 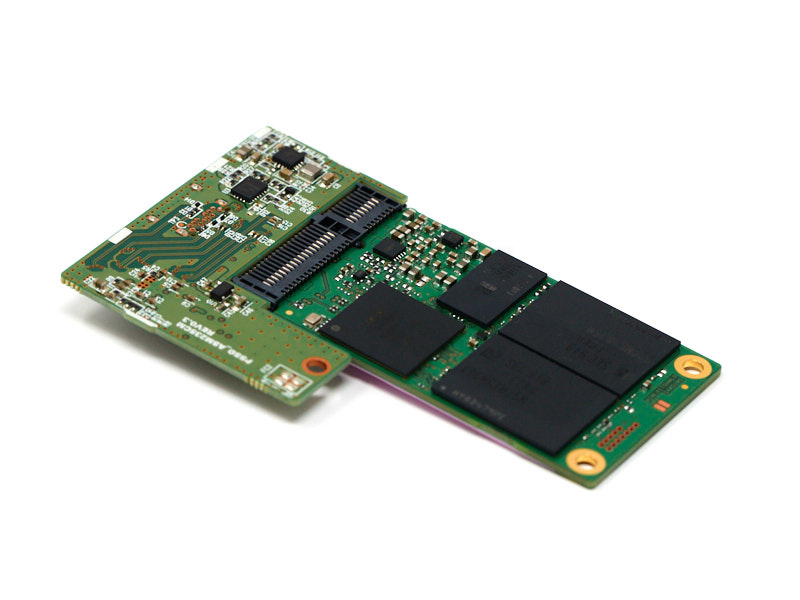 Flip the circuit board. You will see a pink thermal pad on the backside of the SSD.

Carefully peel off the thermal pad. 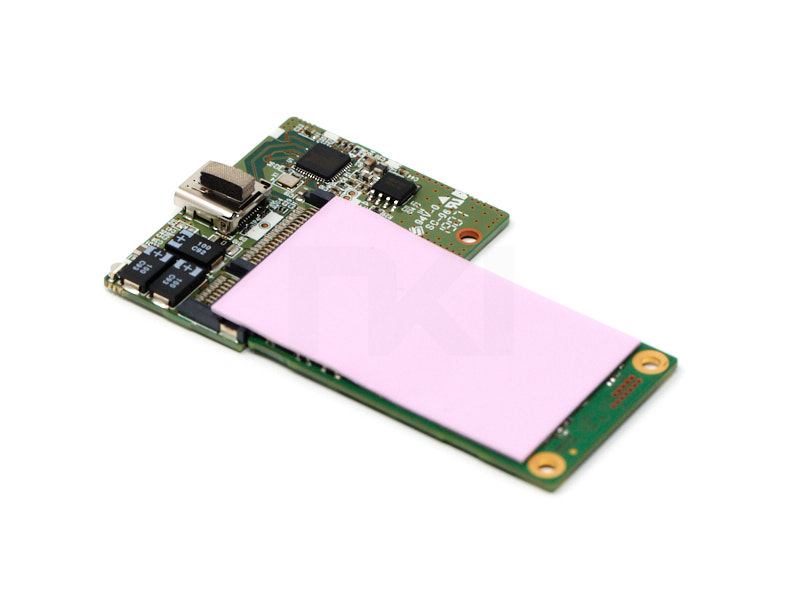 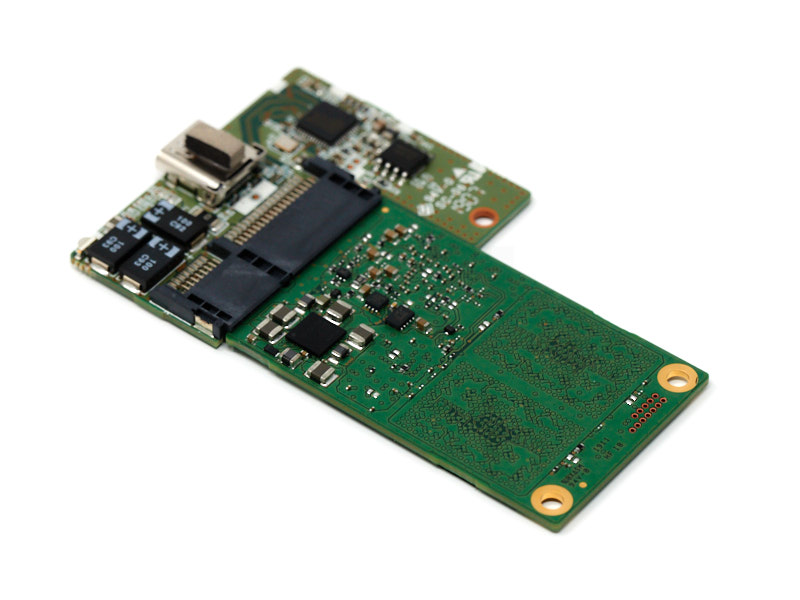 Unplug the SSD from the circuit board. Now you have an mSATA SSD ready to work with your SolidPod. 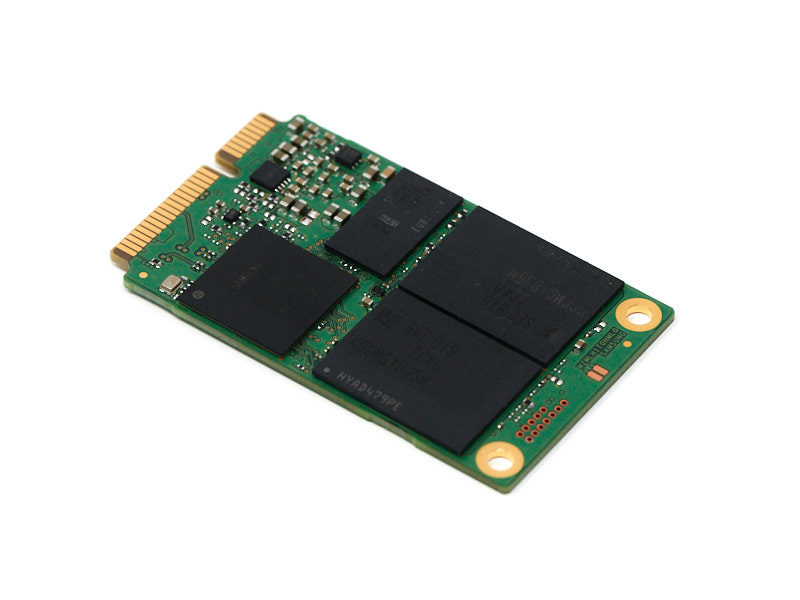 There are many versions of the Samsung T5 SSD since its release. Samsung has changed the mSATA drive inside the T5 from 850 EVO to 860 EVO in newer batches, which have better performance than the old version.

The only way we know to distinguish them is to look at the SSD inside. 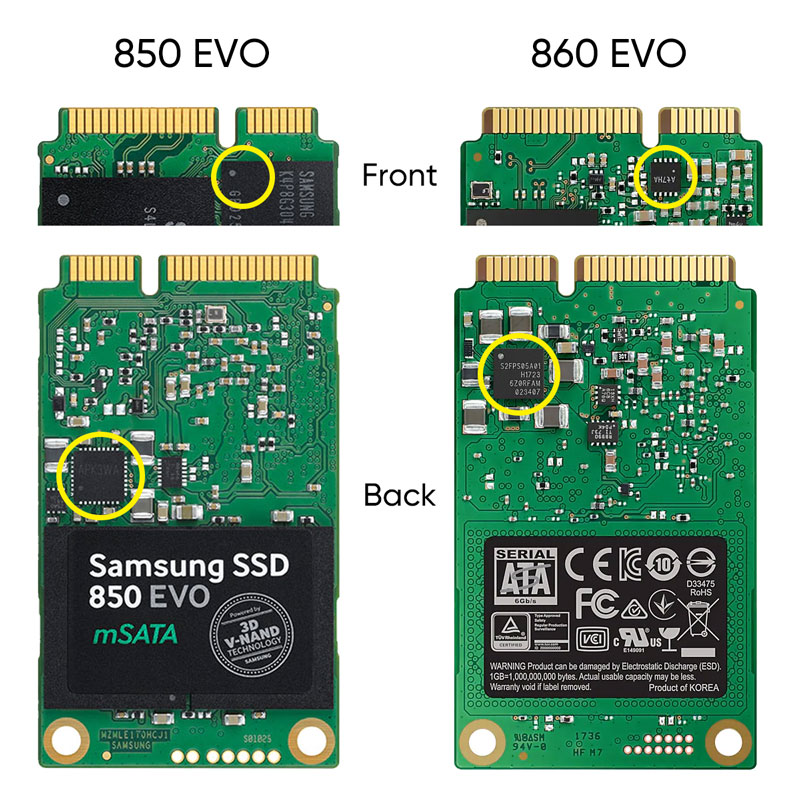